Yogurt on My Face - The Fro-Yo Contraversy

Yogurt On My Face 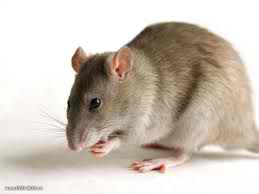 Last week my Hollywood dirt informant told me that there was some bad-mouthing going on about frozen yogurt. Love it. See, I’ve long suspected that the world could be divided into two groups: the yogurt group (patchouli soaked hippies) and the ice cream group (right thinking, productive Americans). I would put myself in the latter. So naturally, if there’s some scientific flexin’ on yogurt, I’m happy to pile on.

Well, once again, even the smallest bit of research can make me look like the bonehead I am. With a minimum of effort I found study after study indicating several healthful benefits of eating yogurt. Let’s list a few:

Excellent source of protein and calcium.


Bioavailability. The lactic acid in yogurt actually helps you absorb more calcium and vitamin B, two nutrients that are essential to women’s health.

Might boost your immune system. Although there are still no conclusive studies yet, many studies suggest that yogurt could boost the effectiveness of disease-fighting white blood cells.

Some studies found that women who eat yogurt regularly had lower incidents of….. of….. wait for it…. Y---- infections! Pyucky.

A few studies have suggested that yogurt lowers your cholesterol.

Let’s explore the last one, shall we? In a recent study at the Massachusetts Institute of Technology two groups of mice were fed two different diets. The first group ate junk food and the second group ate healthy mouse food. The objective of the study was to find out more about obesity, but what they discovered was much more interesting.

Half of each group was also fed yogurt with every meal. Regardless of which diet they ate, the junk or health food, all the mice who ate the yogurt became "sexier". (As a side note, I’m not sure what the aesthetic differences between sexy mice and non-sexy mice are, but I trust that the science nerds at MIT have strong and well founded opinions on the matter.) The yogurt munching rodents had silkier hair and lost weight. (Okay, I see it now.) The male mice also developed a "swaggar". You read that right… a swaggar. And who wouldn’t? Their testicles grew by 5%. And of course, they sired more females and larger litters. Minnie should also be credited with the larger litters, after all she does the majority of the heavy lifting. Also the females produced healthier, more nutrient rich milk. 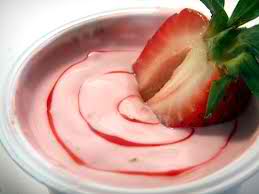 Oh, frozen yogurt. I did find some information that slightly dis’ed frozen yogurt. It seems that some of the probiotics found in yogurt that are so healthy might not survive freezing temperatures. This does make sense as it occurs in many other foods, but it is not yet scientifically proven to be true for frozen yogurt. This happens to the educated guess of some nutrition babe who’s employed by a probiotic supplement company. That’s like asking a Dodge salesman whether or not you should buy a Beemer.

Wanting more information, I went to our resident brain-pan hottie, Nikki Turk. She confirmed that most bacteria typically cannot survive drastic temperature changes, but added that those little suckers mutate faster than a junkie on bath salts so it is quite possible that many of the strains of healthy bacteria have found a way to survive.

The other negative stuff I found on frozen yogurt was about the fat-free varieties. Like most fat-free foods, the manufacturers have to fill it with a ton of chemical witchcraft to compensate for taking out all the yummy fat. By the time it's dispensed into your styrophome bowl it has more in common with the floor tiles you're standing on than it does with any sort of dairy product. We're not big on fat-free anything anyway. By the way, the low-fat stuff seems okay.

Feel free to eat as much yogurt as you can get your hands on. I know I will. When you do, just make sure you’re not overloading with sugar and Greek yogurt has over twice the protein as non-Greek varieties. If you want to sweeten it up a bit add a little natural honey as honey holds some beneficial pre-biotic properties (not sure what that means, but I like honey). Oh, and that watery stuff on the top? That’s loaded with protein so don’t skim it off, rather mix it back in.

Now if you’ll excuse me I have an apology to make to a wheat-grass sweating, hipster in his girlfriend's pants and his nephue's shirt and driving a beat-up Saab, but he’s not getting his "Vegan" bumper sticker back.


That's my two cents... And it's worth every penny.