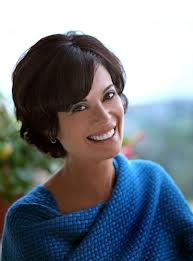 Several years ago I attended one of Debbie Ford's weekend workshops.  It wasn't my idea, it was Debbie's.  She and her sister, Arielle had been coming to my Pilates United studio for a while and we had developed a friendly relationship.  Debbie mentioned that she had a Shadow Process workshop coming up and that it would be a good idea that I attend.  I resisted.  See, up to that time I had read several self-help books, some good, some bad, some I never finished and had applied, to the best of my ability, what I thought was applicable - which wasn't much.  This isn't to say that I never did any self-examination.  I had been through the Twelve Steps and had been sober for over ten years which involves a lot more mental and emotional work than most people do in a lifetime.  I am also a black belt in Tang Soo Do, an ancient Korean martial art.  I had a pretty good handle on this life thing.  I explained all this to Debbie in order to let her know that I had done all the inside work I was going to do and wasn't really interested in upsetting the apple cart yet again.

What I didn't tell her was that I thought her books and seminars were good for lame people.  Although I appreciated her business and friendship I assumed that her work and methods were new-age, pop-culture shtick.  She wouldn't take no for an answer.  She felt so strongly that I needed this workshop that she comped the whole thing so I had no choice but to go.  I finally agreed - it's very hard to say 'no' to Debbie.

She requested that I read her book "The Dark Side of The Light Chasers" before the workshop.  I did and I was pleasantly surprised.  What I found was excellent insight into the human spirit and I was beginning to think that maybe this workshop might have something for me after all.

The first day of the workshop was only a half-day and it consisted of Debbie lecturing and walking us through some simple exercises designed to get us chip at the walls of our conscious minds and open up channels into our childhoods and who we are deep down inside.  At the end of the day we were instructed to spend the evening in silence, solitude and reflection.  The next morning she asked the assembly if we had any questions or comments about the previous day.  I raised my hand and expressed concern over the suspicion that this workshop might just be one of those blame everything on your parents sort of things and if it was... well, I had been through that before.  My parents were great and they did their best so if I'm supposed to badmouth them all weekend this probably wasn't for me.

Debbie lovingly but firmly asked if I was open to being critical of them for just the next 24 hours and that I'd never have to again.  I agreed.  The next two days were a whirlwind of exercises, meditations, lectures and discussions.  I examined my childhood and teenage years in ways I never had before.  Long lost memories bubbled to the surface and I became more and more aware of how the different experiences of my youth shaped who I'd become, both good and bad.

Most importantly, I learned that regardless of how I saw things consciously, sub-consciouly I had been blaming my parents all along.  Whatever shortcomings I had as an adult I had secretly attributed to them.  Once I opened up to the the possibility that my parents may have short-changed me as a kid I was able to see MY part.  I was able to see that they had tried like hell to get me to live up to my potential, perform better in school, to put my heart into every thing I did.  I exhausted them.  I was the one who resisted change, I was the one that gave up too soon.  I was the one who was responsible for who and what I was today.

By the end of the workshop I had gained a new and powerful perspective.  I wasn't the best person in the world nor the worst.  I had good and useful traits and some bad ones too - just like everyone else.  I can live my life any way I choose.  I am not a slave to the misunderstandings of childhood.  This might seem simple to others but it has meant the world to me.

Since then I've read most of Debbie's work and have benefited from every page.  Thanks to Debbie Ford and those around her, I live my life with a great sense of freedom and enthusiasm.  Thank you Debbie, you'll be missed.

Well, that's my two cents and it's worth every penny.