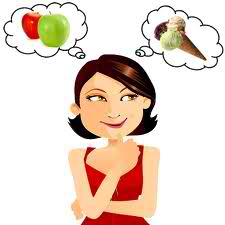 Last weekend Bernadine and I went to the Macy’s Home Store in Mission Valley to re-arrange their furniture, not to buy furniture, but to simply re-arrange some. I’m aware that to some of you this may strike you as odd, however, to those of you who know us this behavior is not surprising in the least. We’ve become infatuated with a leather sectional that’s too big for our house and we live in the delusion that if we arranged the furniture in a different way we just might make it all fit, like straighten up the cupboard to accommodate an extra can of tomato paste. Well, sectionals don’t come in cans.


Demoralized, we headed back to the car by way of the kitchen electronics department and that’s when we saw them, the juicers. All lined up like little shiny soldiers, new and ready to fight the battle of the bulge. We took each one apart and put it back together. We read the boxes evaluating the features and benefits of each machine. We must have spent an hour going back and forth between this one and that one and what about the one we first looked at? Finally Bernadine put her smart phone to the task and we were able to come to a decision based on reviews from other consumers. We settled on The Dash, a mid-priced unit that had all the features we wanted and was pleasing to the eye to boot.

We laid down the cash and made a bee-line for Sprouts. I manned the cart while B looked up some juice recipes and barked out the list. We went home with enough vegetables and fruits to feed the student body of UC Santa Cruz. We crammed our beautiful little friend with carrots, celery, spinach and apple. This thing worked like a charm. The generous 3” opening attacked each piece of produce like a starving honey badger on a king cobra. The juice poured from the spout into the pitcher like a rainbow of skinny health.


The juice, like the whole experience, was delicious. We chugged it down, silently imagining ourselves rollerblading half naked through Pacific Beach with bodies lean and trim and glowing like the sun. We were snapped back into reality with the prospect of having to clean this little gem. The task was tedious for sure, but it only took about eight minutes and 400 gallons of water.


The next day we had juice for breakfast and both reported (to each other and the dogs) feeling lean and healthy. That afternoon we ran off to the grocery store to find some stuff for dinner. We chose a couple of thick New York steaks and picked up some mushrooms that I would sauté in butter and wine. Looking at the vegetables, we both agreed that we had already had enough vegetables in the morning so we wouldn’t need them for dinner. Oh, I forgot, we did get a couple of ears of corn (which we would dress with butter and salt). As if possessed we found ourselves in the snack isle considering the features and benefits of Lorna Doone's and it hit me; I was unconsciously justifying skipping vegies and eat sugary crap all because I had already had one glass of vegetable juice for breakfast.


I was both horrified and grateful to realize this nasty little truth about myself and being a regular guy (more regular now after the juicer) I figure I’m not alone. I think this sort of thing is super common. We add something good like drinking vegetable juice and consciously or sub-consciously reward our good behavior with a package of Oreo cookies. We don’t just do this with food either; how many times have you had one extra workout or extended your run by a mile and found yourself tossing back an extra glass of wine three nights in a row? If we’re not careful we could end up putting on ten pounds by adding something healthy.


This tit-for-tat justification is not restricted to nutrition and exercise, if we're honest with ourselves we can see this in every area of our lives; work, relationships, etc. How many times have you busted your butt at the office for a week or so and then found yourself taking extra half hours for lunch cutting out early for the next month? Or threw a big birthday thing for your spouse or lover and secretly expected them to kiss your thoughtful ass till next Christmas? Maybe it was a birthday card sent to a niece and you skipped the next two phone calls? It’s everywhere!


I’m not saying that we should stop improving our diets or doing nice things for people or trying super hard at work. I’m saying that when we do put forth special effort or add something good to our lifestyle we should stay extra-super-vigilant to make sure we don’t slack or backslide. It reminds me of an old saying, “If you’re resting on your laurels you’re wearing them on the wrong end.”


That's my two cents... And it's worth every penny.