What We Eat, Where We Eat and Who We Eat With

Okay, so it’s the holidays and we’re all busy.  I’m busy trying to keep my people coming to Pilates classes so they don't break my reformers in two come January and they’re busy avoiding Pilates classes. But all this busyness and avoidance can stir up an appetite and when we’re out and about shopping and socializing that means restaurant food and extra calories for all the girls and boys. 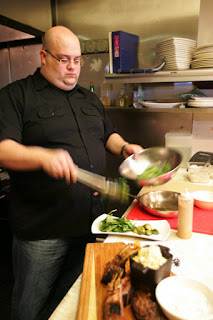 Eating out is one of the great pleasures of our modern culture. Especially during the holiday season when restaurants do about 28% more business. ‘Oh, but Jake, I eat at nice restaurants not at Arby’s, like that Darth Vader guy’. Sorry to burst your salt-laden little bubble, but in a study published in July of this year researchers discovered that when measuring fat, sodium,cholesterol, and overall calories, full service restaurants are the same or worse than their low-brow counterparts. The study conducted by Ruopeng An, Professor of Nutrition at the University of Illinois analyzed 7 years of data from over 18,000 American adults and found that eating out (full service or fast food) adds an average of 200 calories to their daily intake compared to eating at home.  And just so you know, alcohol was not part of the calculation so you can do your own math when you sober up.

When compared to eating at home, diners at full service restaurants tend to get more good nutrients like omega 3, vitamins, and potassium.  So that’s a good thing, but they also consumed about 58 milligrams more cholesterol. Fast food diners consumed 38 milligrams less cholesterol than full service diners, but still 10 milligrams more than home eaters. Salt consumption at full service restaurants is also impressive. Those diners take in about 412 extra milligrams of sodium while fast food adds an average of 300 milligrams.  Also, whether flirting with a waiter or shouting into a clown, eating out adds an average of 10 grams of fat to your day.

Who we dine with is also an issue.  Cornell University (the current champion busybodies of the food world) conducted a study involving 140 diners at a buffet restaurant and found that when men ate with one or more women they macked-down an average of 93% more pizza compared to when they shared a table with other dudes. Just to prove that they are regular guys they also ate 89% more salad with the chicks. Women ate the same amount no matter what.(Honey badger don't give a s%#&, she'll eat what she wants.) The researchers suggested that, with men, primal instincts were at play. They considered the over consumption to be a caveman display of dominance - the kind of thing that cavewomen find irresistible.

Perhaps, but I think it might have something to do with men purposely cramming their mouths full making it less likely that they say something stupid. It's better to be thought of as a pig than a jackass.

A separate Cornell study showed that we all tend to eat more when sharing a table with a larger person than with a skinny one. They had a trim actress dine with different people. Half the time she wore a prosthesis making her appear 50 pounds heavier than she actually was, otherwise she simply dined appearing as her svelte self.  Dressed both ways she would either serve herself less salad and more pasta or more pasta and less salad.

Regardless of how she served herself the study participants chowed-down an average of 31.8% more pasta when she appeared heavy. It wasn't a matter of being polite either; you know, eating more so the chubby girl doesn't feel self-conciouse... When the Bertha served herself mostly salad the unwitting participants actually ate less salad themselves - 38.3% less. It was obvious to the researchers and should be to you that when we eat with someone less nutritionally intimidating it's on! 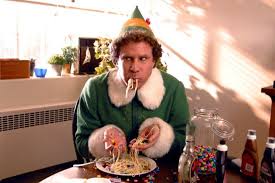 So what can we take away from all this? Personally, I don’t believe that obsessing over food is healthy and neither is overindulging. I do recommend being aware of what we’re eating and how much.  Below is a list of strategies that will help you gracefully glide into 2016, not squeeze into it like you did 2015.

·        Before going to a restaurant, look at the menu beforehand and plan what you’ll order. Game-time decisions will cause you to make the wrong call.

·        Take your time, chat between nibbles. It takes at least 20 minutes for your tummy to tell your brain that you’re full.

·        Avoid sugar as much as possible. Take Sugar Solution Secret to curb cravings and minimize the amount of time sugar stays in your system where it gets converted into fat.

Well, that’s my two cents and it’s worth every penny,

Jake Holmes
Pilates of La Jolla
Posted by Unknown at 11:02 AM No comments: